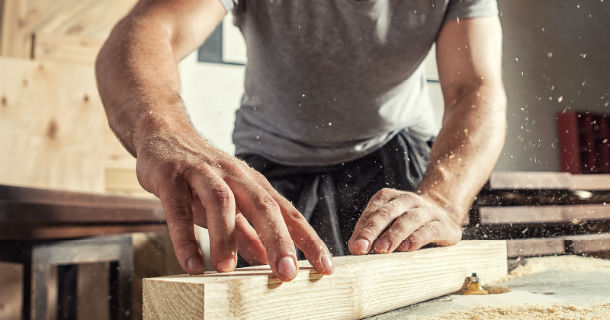 Tennis elbow is a painful condition that can impair the ability to use one’s arm for basic activities. Although it often affects individuals who play tennis and other sports, many people who do not engage in athletic pursuits develop the condition.

Tennis elbow usually arises from an activity or movement that irritates the tendons that attach the forearm muscles to the bone on the outer side of the elbow. Patients usually experience pain and tenderness on the outside of their upper forearm, just below the area where the elbow bends. Sometimes the pain radiates down the arm and can be felt in the wrist.

Pain can occur when lifting or bending the arm. Wrist motion can also cause elbow discomfort. In some cases, it’s so painful that patients think they may have broken their elbow.

Technically known as lateral epicondylitis, tennis elbow is similar to another condition called golfer’s elbow, which affects the tendons on the inside of the elbow.

Who is Prone to Tennis Elbow?

Interestingly, most of the patients who come into my office with elbow pain are not tennis players. People in certain professions appear to be more prone to tennis elbow, as the work they do puts more strain on the tendons. There is a higher incidence among painters, carpenters and cooks.

It also affects individuals who have engaged in activities they’re not accustomed to doing on a regular basis. It’s not uncommon for me to see do-it-yourselfers who take on a project such as painting a room in their house or people who’ve been putting pictures up on a wall.

Some patients are surprised to learn that their elbow pain likely resulted from carrying a briefcase every day or from toting shopping bags for a considerable distance. Carrying these items below the waist and away from the body can put strain on the muscles and tendons in the arm, resulting in pain and tenderness.

The diagnosis is usually clear cut, based on the patient’s medical history and symptoms, the physical examination and the location of the pain.  X-rays and MRIs are usually not ordered during the first visit.  However, if time goes by and a patient doesn’t experience relief with treatment, x-rays may be ordered, as well as an MRI, to rule out another condition. Arthritis can cause elbow pain, although it is less common.

The first line of treatment is to rest the arm and elbow, eliminating or at least limiting activities that cause pain. Many patients will eventually get better if they rest their arm and wrist, even if no treatment is provided.

Avoiding carrying items below their waist is key!

A wrist splint can be used to immobilize the tendons that cause wrist extension. These muscles are the irritated ones at the elbow, so although counterintuitive, a wrist splint often provides more improvement in pain than a splint used at the elbow. This treatment usually provides relief, although patience is required, as it can take 6 to 12 weeks, or sometimes longer.

Patients can try using ice to see if their elbow feels better, but it’s not always helpful. People should put the ice pack over a cloth or thin towel; ice should never be placed directly on the skin.

Overall, I have not seen many patients helped by physical therapy. I believe strength training should be avoided, as it could cause more harm than good.

As far as medication, most patients have already tried an over-the-counter pain reliever such as ibuprofen. As an in-office treatment, a cortisone injection can alleviate symptoms. We generally limit the use of a steroid injection to patients with severe pain who can’t sleep at night. Although many will experience a dramatic improvement in symptoms, significant pain may return when the treatment wears off.

After several months, if conservative treatments do not provide pain relief, surgery may be considered. Generally, it’s a last resort for patients who find themselves unable to use their arm and hand for basic activities such as putting on a coat, writing or holding a glass of water.

Surgery is performed as an outpatient procedure, and a full recovery usually takes 6 to 12 weeks. Patients are instructed to avoid strength activities for six weeks and gradually get back into normal activities.  Most, but not all, patients have improvement in their pain following the procedure. 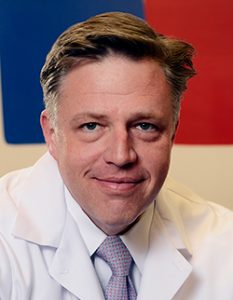 Dr. Aaron Daluiski is a clinician-scientist specializing in adult and pediatric hand and upper extremity. His current research interests include the isolation and study of genes involved with fracture healing and limb development.